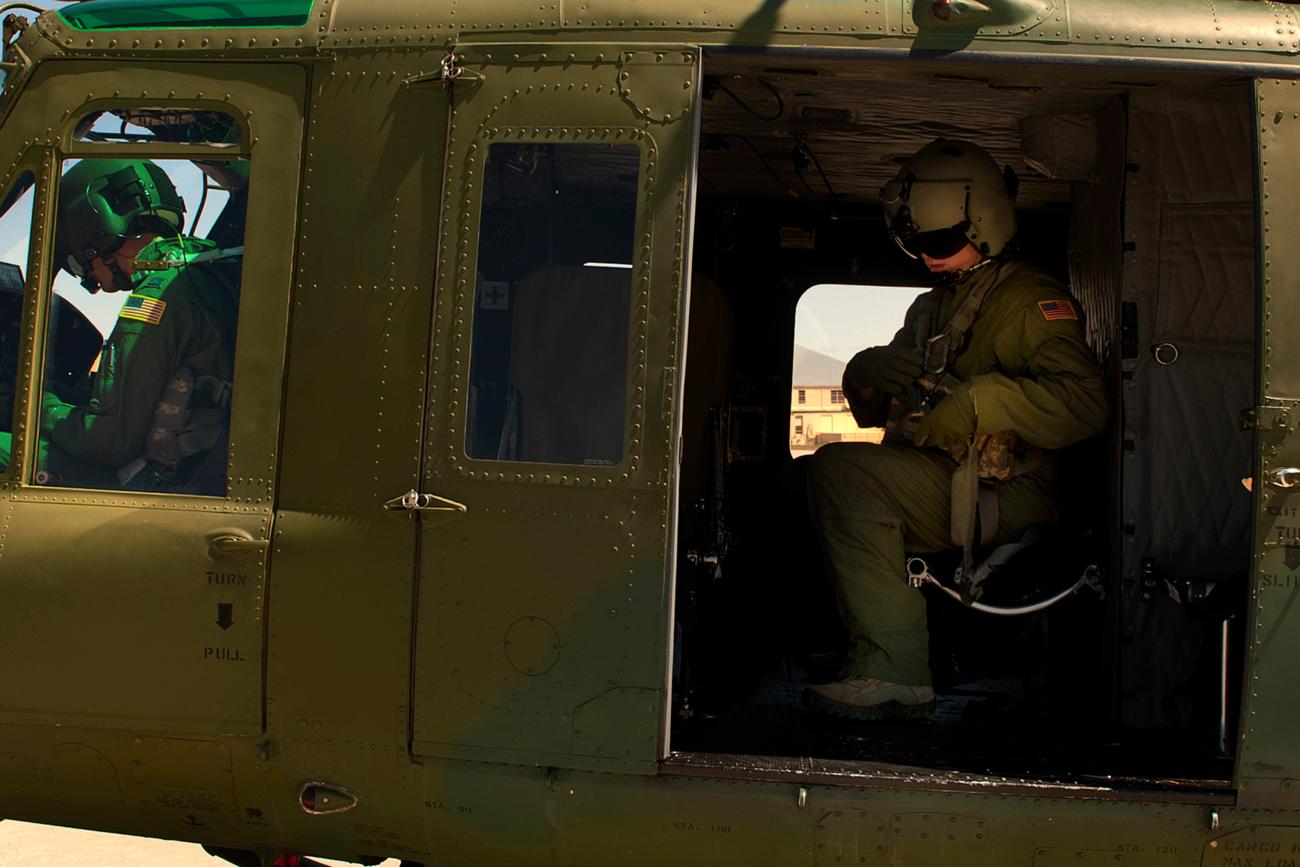 The Air Force has released its wish list for better gear for pilots, aircrew and base defenders — and heated flight suits are near the top.

In two solicitation notices posted earlier this year, the service said it wants heated flight suits and upgraded eye protection to protect aircrews from lasers, while it also hunts for standard-issue ammo pouches and a backpack hydration system for its Security Forces personnel.

Officials are keeping helicopter crews that watch over the service’s Intercontinental Ballistic Missile fields in mind for the heated flight suits, Brackens said.

The suits would be powered by the helicopter, if necessary, or by a battery “for flexibility purposes,” he said in an email Friday.

Northern bases such as Minot Air Force Base, North Dakota, and F. E. Warren Air Force Base, Wyoming, would be some of the first locations where helicopter aircrews could use the extra warmth while on patrol “in extreme conditions including high wind speeds and extreme cold air and wind chill temperatures,” he said.

Heating the body in a more concentrated way increases blood flow and thus could reduce the potential for cold injuries. The new approaches will “enhance individual maneuverability, agility, and protection in a broader working envelope,” Brackens said.

“This active heating approach can result in a significant human performance improvement over traditional material insulations as well as providing protection for the men and women out there protecting us,” he said. Their use could also apply to those who are deployed in the mountains of Afghanistan, the Korean Peninsula and Alaska, among other locations.

Aside from heated flight suits, the aircrew equipment request for information, or RFI, asks for the latest eye protection glasses that repel lasers, body armor, isolated personnel survival aircrew flight and signal equipment; new helmets; ejection parachutes; bladder relief systems; and wearable technologies to measure and alert pilots of changes to their health — such as heart rate and breathing — while in flight.

The service is giving companies until November to apply for the aircrew “special notice” opportunity first posted by Air Force Materiel Command on the government’s acquisition website beta.sam.gov in January.

“The items in the RFI are already standard-issue items used by Security Forces members,” McClendon said in an email Feb. 25.

While that RFI window has already closed, the Air Force Security Forces Center “is constantly seeking to standardize and modernize Defender individual equipment across the Air Force, such as ballistic helmets, hard armor plate carriers and female body armor,” he said.

The tactical belt should include multiple sizes to accommodate both men and women, per the solicitation.

“We’ve identified characteristics for new, modernized individual equipment and the RFI requests inputs from industry vendors to review the latest, modernized equipment with the best value that will help protect our airmen and make them more effective in their duties,” McClendon said.

This improvement process is “instrumental in keeping defenders throughout the Security Forces enterprise ready and lethal through procurement of the most cutting-edge and innovative equipment available in order to accomplish missions safely and effectively,” he added.

Some of the modifications are already underway.

Earlier this year, the service began fielding body armor specifically designed for female Security Forces airmen after they voiced a number of complaints about existing gear.

If they stayed seated for a period of time, the old equipment cut off “circulation to the legs because the ballistic plate rests directly on the thighs,” according to a release.

And the body armor vest, which should sit higher on their chest, often scraped their hips, especially when running.

Female pilots have voiced similar complaints about limited uniform sizes. They would tailor their own flight suits or end up wearing a suit that was too tight or too loose.

In 2019, the service started to address the issue by authorizing the use of two-piece flight suits while on duty in garrison or deployed. Two-piece suits offer greater ease in using the bathroom and improved overall comfort, officials said at the time.

The initiative was prompted by then-Air Force Chief of Staff Gen. David Goldfein’s mission to redesign female uniforms after many years of ill-fitting equipment. The efforts have also been supported by the Department of the Air Force’s Barrier Analysis Working Group within the Women’s Initiative Team, which has been instrumental in encouraging change for outdated or restrictive policies.

Creating "enemies" and Hyping up "threats" are some US people's old tricks: Defense Spokesperson
Wyoming Governor Quietly Mobilized Guard Troops at State Capitol
Third test of the hypersonic missile Zircon. Russia seems to have a problem
Cubic’s Nuvotronics to develop SWaP 5G WNCT for US military