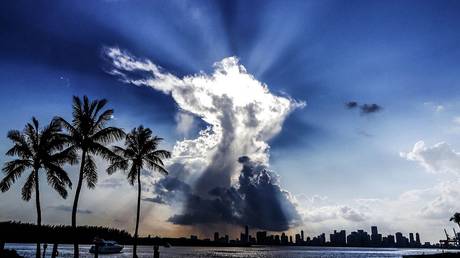 Miami Mayor Francis Suarez, who is looking to position the city as a hub for crypto mining activity, announced this week that he is inviting foreign mining companies to establish data centers in the city.

In an interview with CNBC, Suarez said that Miami’s ample nuclear electricity supply should attract bitcoin miners looking to adopt clean energy sources for their operations, especially now there is a spotlight on the supposed carbon footprint of crypto mining.

He added that the city’s officials were looking to reduce the cost of energy in conjunction with the power companies. They were also discussing other incentives like favorable taxes and minimal regulations, Suarez said.

According to the mayor, who is a crypto proponent and owns both bitcoin and ether, Miami may compete with other emerging mining destinations in Texas and Wyoming. Officials may also further expand Miami’s crypto adoption drive as the city looks to become the bitcoin and crypto capital of the world.

Suarez’s invitation to overseas miners comes at a time of increasing clampdowns on the industry, particularly in China. Media reported on Friday that crypto miners in Ya’an, a city in the Sichuan Province, have been ordered to shut down their operations.