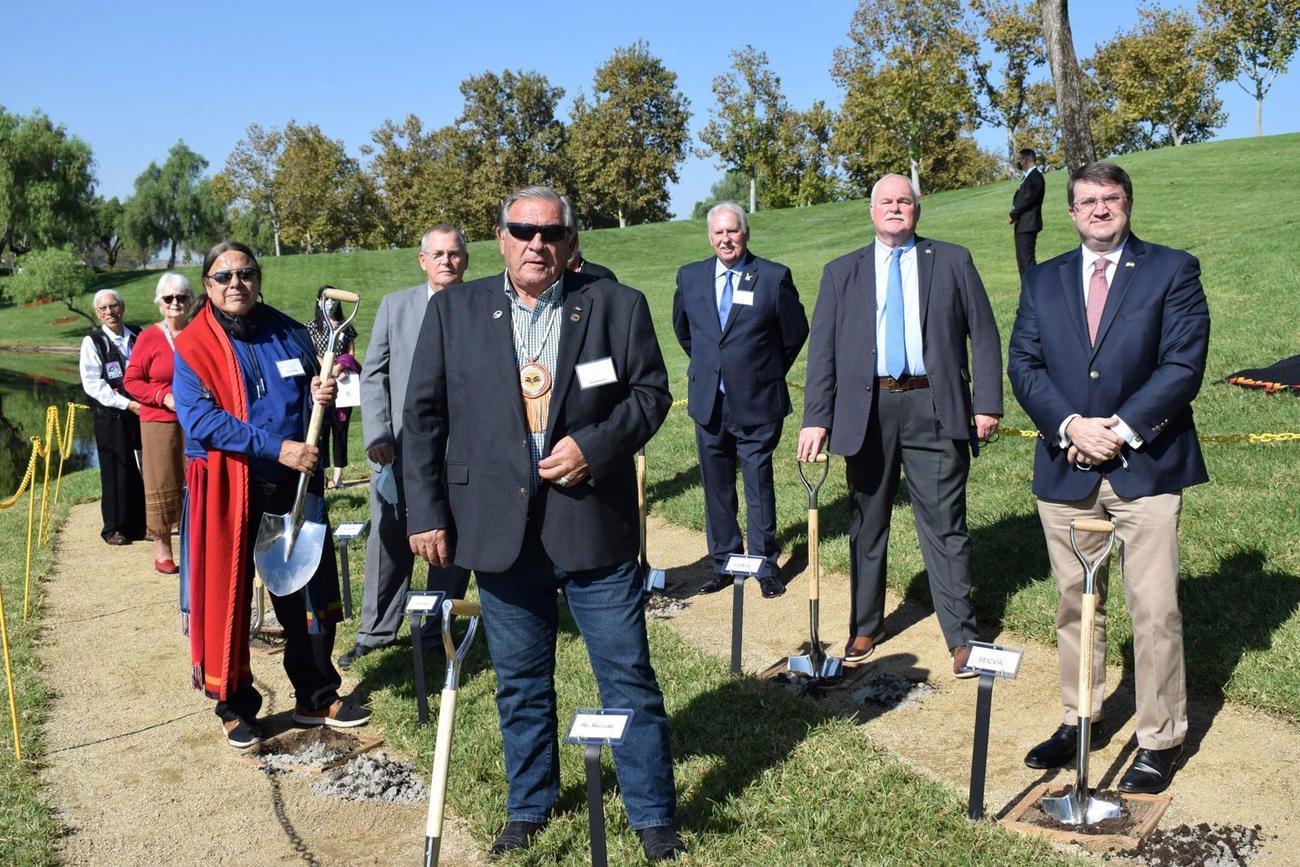 Department of Veterans Affairs Secretary Robert Wilkie participated in a groundbreaking ceremony this month at the Riverside National Cemetery in California for the first American Indian Veterans Memorial at any of the 150 national cemeteries run by the VA.

“More Native Americans per capita serve our country than any other demographic,” Wilkie said at the event. “This memorial will honor their sacrifice and service in the United States military.”

Read Next: Army Announces Fall Deployments to Afghanistan and Korea

Once it is completed, the memorial will consist of a plaza and walkway centered on the bronze statue of a Native American veteran to be called “The Gift,” according to a VA release.

Peter Young, executive director of the Riverside National Cemetery in Riverside, California, told Military.com that the figure of the American Indian is expected to be draped in the “Continental Flag” of the Revolutionary War era.

That flag is believed to have been carried by American defenders in the 1775 Battle of Bunker Hill, although historians dispute whether the flag was actually present.

Young said he is hopeful that the memorial will be completed within a year. “I’m thrilled that we’re doing this,” he said.

Funding for the memorial is being raised by the Riverside National Cemetery Support Committee, and no taxpayer money is involved, Young said.

The Riverside National Cemetery, at more than 1,250 acres, is the largest and busiest in the VA system, with more than 7,000 burials expected this year, he added.

Construction is also underway on a national memorial to Native American Veterans in Washington, D.C. The memorial, located on the National Mall, is set to be opened and dedicated this Veterans Day.

— Richard Sisk can be reached at [email protected].